Traditionally, in Western culture, we often think of January 1 as the beginning of a new year, but for me it’s always been the day after Labour Day. ?Just like the week before December 31 is taken up with New Year’s Eve preparation, for me, the days leading up to the first day of school involved choosing new supplies, deciding what to wear and checking the school office window to discover the name of my new teacher.

Living in a city that is home to two universities, it’s clear that the September start of a new year doesn’t only apply to children, but to young adults as well. ?The beginning of their new year is obvious as the streets become filled with U-Hauls and the traffic in the city core picks up. ?For some (and their families) it’s not only the start of a new year, but the start of a new life–with lots of feelings of excitement and trepidation.

Life on the Other Side…meet Lisa

Lisa (and her partner Paul) are the parents of one child–Susan. ?Lisa wasn’t able to conceive a second child, so Susan became the focus of Lisa’s life. ?She became a stay-at-home parent shortly into her pregnancy and never returned to work. ?She wanted to be available for Susan at all times. ?The division of labour between Lisa and Paul was ?traditional–Lisa took care of Susan and the home, Paul made money to support the family.

Lisa was involved in her daughter’s “out of home” life as soon as Susan went to preschool. Lisa became the coordinator of Susan’s preschool, and volunteered during her years in primary school. ?When Susan moved on to high school, Lisa ‘graduated’ as well, becoming president of the Parent Council. ?When anyone asked Lisa if she worked outside the home, she would reply “I’m Susan’s Mom”.

Not surprisingly, Susan was ambivalent about her mother’s role of in her life. ?Susan loved Lisa, but enough was enough! She wanted to put some breathing room between herself and her mom. ?When Susan had the opportunity to attend a university across the country, she jumped at the chance. ?Susan was excited! ?Lisa was devastated! ?Paul was somewhat indifferent as he spent most of his time at work, feeling excluded from the intimate world shared by his wife and daughter.

While the life of each member of this family is about to change, let’s ?look at this scenario from Lisa’s perspective. ?Lisa’s about to enter a transition.

Welcome to the Transition

Willliam Bridges in his book Managing Transitions: ?Making the Most of Change writes, “It isn’t the changes that do you in, it’s the transitions”. ?While we know that the only constant is change, we’re often surprised by the discomfort they cause. ?The discomfort is caused by our lack of knowledge about transitions.

According to Bridges, the secret to thriving during change is to internalize the new life that it brings.

First, some definitions…change is the actual event and physical tasks. ?In Lisa’s case, it’s helping Susan pack for her move, buying a plane ticket or driving Susan and her belongings to her new life. ?Transition is the psychological part of coming to terms with the change–finding a new answer to “Who am I if not Susan’s stay at home mom?”.

The Path Through Transition 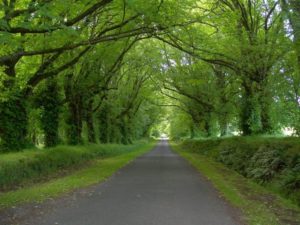 While the journey through the desert of transition is an individual one, there is a path. Bridge describes the terrain as The End, The In-Between and The New Beginning.

The End: ?The End is a place of shock and grief. Lisa’s arrival in “The End” starts with Susan’s announcement that she has accepted the university offer in another province. ?It is clear that life as Lisa knew it is coming to an end. ?Not only will she no longer be part of the Parent Council, but it will be impossible to find a similar role at Susan’s new school. ?The meaning Lisa derived from taking care of the details of Susan’s life will change with her inability to be aware of her daughter’s daily activities.

How do we let go of the old ways and the identity that they provided?

The In-Between: ?While The End can take up a short span of time, The In-Between is usually longer. ?This is the “emotional wilderness” where we may be scared, disoriented ?and tired. ?We don’t know who we are or where we fit. At this stage, Lisa may find herself wandering around her house wondering what to do. ?She may spend time in Lisa’s room staring at the walls or automatically putting Susan’s favourite ice cream in the grocery cart. ?This is all normal and it takes time, but how do we cope in this landscape?

New beginnings start by trying new things or meeting new people. For Lisa, she struck up a conversation with the server at the diner who noticed that Susan wasn’t there. This woman had gone through a similar experience two years before and invited Lisa to join a hike organized by a local hiking club. ?Lisa went and discovered that she liked the time in nature. The increased exercise improved her mood. ?Over the next few months, Lisa attended a few hikes and learned ways to volunteer for the Trails Association.

Finding herself in a new beginning place didn’t mean that Lisa didn’t miss Susan or her ‘old’ life, but she was able to see new possibilities.

It’s important during this stage to celebrate how far you have come. ?This celebration can be a private recognition (creating or purchasing a symbolic physical item) or one that is more public such as a dinner with friends. ?I know many people who recognize major life events by getting a tattoo.

Final Thoughts About the Journey

Like most things in life, progress doesn’t always follow a straight line. ?While I’ve described the stages of The End, The In-Between and The New Beginning as a direct path, in reality the movement between them is mushy. ?For Lisa, she could be feeling positive for days as she explored new activities only to break down in tears as she drives past Susan’s high school.

While the example of a transition has been a parent coping with the transition of a child leaving home, the process is the same for any major transition–a job change, the end of a relationship, the birth of a child. ?The terrain is the same, the scenery may be different.

And now…here’s some classroom rules from the Minions. ?Enjoy!