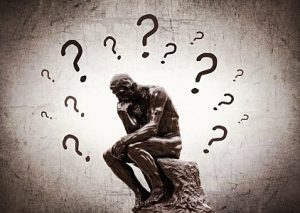 One of the many interesting issues our clients sometimes bring to us in the course of relationship counselling is the idea of contemplating “open relationships”. Opening a relationship generally means a transition from monogamy to an introduction of other (sexually and/or emotionally) intimate partners. This can mean a lot of very different things, because there are as many ways of opening a relationship as there are people considering open relationships, so from the outset, part of our work as therapists is to make sure everyone is on the same page with the language being used to describe intentions and interests.

The practice of ethical non-monogamy (as opposed to marital infidelity and “cheating”) is not new but it’s only been within the last decade or so that it’s gaining more prominent traction socially, with increasing media attention and new legal challenges around extended family and spousal rights, for example.?There are a lot of different terms and definitions floating around the topic of non-monogamy, though, so start with some basics:

Swinging generally involves introducing sexual partners, often in paired couples or swingers groups, where the point is (commonly, but not exclusively) to introduce other sexual experiences in the context of the encounter, but without necessarily introducing ongoing relationships outside of the encounter space.

Polygamy is generally a religious practice with rigidly-gendered limitations; cultured practicing polygamy are typically patriarchal, with only men allowed multiple female spouses. Media coverage of polygamy in recent years has often been sensationalized by cult expos?s and media disclosures of abusive practices more closely tied to the imbalanced sexist and religious power dynamics.

Polyamory generally involves introducing additional ongoing intimate connections that operate in more or less the same manner as any existing relationships, up to and including the use of terms like “partner”, “lover”, or even “spouse”. Sometimes couples like to retain a hierarchical primacy of their initial relationship; others limit the introduction of new partners to a particular gender (“we only want to date a bisexual woman” is a common approach we sometimes refer to as the “one-penis policy”). Others may seek to introduce an all-partners-are-equal approach, and still others open everything up to unlimited implementations without any rule beyond, “Don’t hurt anyone”, under the label of “relationship anarchy”.

For more detailed descriptions of some of the terminology around *types* of non-monogamous relationships, see this post: http://thingsyoushouldknowbynow.tumblr.com/post/51146156895/polygamy-vs-polyamory-vs-polygyny-vs-polyandry

There are so many different ways of introducing a new relationship experience that sometimes it’s easier to begin framing in the conversations with exploring motivations rather than intentions. *WHY* are couples considering an open relationship? What are they hoping to achieve with these explorations? These are usually my two very first questions for ANYONE considering ethical non-monogamy. Are they looking to address some kind of deficiency in the existing relationship (up to and including recovering from infidelity)? Is this something both parties are equally interested in? What reading, research, or previous experience is leading them toward opening the relationship? What are the strengths already extent in their relationship will help them in this exploration? What are they most afraid of with this exploration? What support resources (other than their therapist) are they looking to integrate and lean into?

Polyamory in particular has really pushed into social consciousness in recent years, and there are a lot of easily-searchable resources available online. On and offline, Eve Rickert and Franklin Veaux’s book, More Than Two, and companion website,?https://www.morethantwo.com/, have rapidly become go-to resources?for people exploring the option of non-monogamy. There are hundreds of online articles and blogs about non-monogamy experiences both positive and negative, and from a vast array of viewpoints. Here are just three of the many that cross my feeds each week:

If You’re Interested in Exploring This Idea…Possible Next Steps

The information can be often contradictory, and overwhelming, so it may be helpful to enlist a poly-savvy guide through the wilderness. A poly-aware counselor can help with this, but it?s also still common to encounter therapists who are either not versed in ethical non-monogamy practices, or who judge and stigmatize the practice. Either way, it sometimes eases the conversations to do a little homework before booking in with your current or potential therapist to talk about this kind of issue, even asking them prior to booking or during the intake process, what they know about, or think about, non-monogamous relationships. At least know before going in whether they can meet you on the topic, or whether you?re at risk of spending your time and money to educate them about non-monogamy (which may not be what you WANT to be paying them for).

And come prepared with questions; if you?re coming in with your current partner, come in with questions aimed as much at ?how do we talk with EACH OTHER about these explorations? as at ?how do we go about doing this with others?. Especially if one partner is experiencing hesitation or reluctance, that needs to be considered gently before taking these explorations any further.

But in the end, it comes down to an issue of doing what feels right to BOTH partners and to anyone else you?re bringing into the current arrangement. Be honest about WHY you want this, be gentle about introducing and exploring things with all parties involved. Be generous with time and compassion and understanding, and be as authentic as you can be about feelings that shift and develop along the way. Ethical non-monogamy isn?t for everyone, and that?s okay; for those who choose this path, don?t be afraid to ask for help. Resources and guides are always available!

1 thought on “An Introduction to Ethical Non-Monogamy”