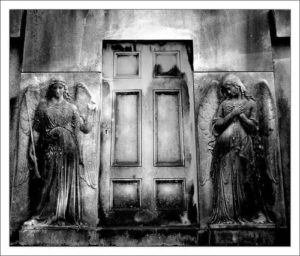 Unless we are presented with an opportunity to think about our own death (a diagnosis, loss of a loved one, serious car accident), it isn’t something that most of us want to spend time doing.? If left to our own devices, we tend to imagine that we’ll live, if not forever, at least for a very long time.? However, once in a while, we are given a non-traumatic invitation to think about what will happen once we die.

A while ago I discovered Magareta Magnusson’s book The Gentle Art of Swedish Death Cleaning:? How to Free Yourself and Your Family from a Lifetime of Clutter in my local bookstore.? Having been somewhat captivated by the Marie Kondo phenomenon that swept North America after the publication of her book The Life Changing Magic of Tidying Up, I wondered if Magnusson’s book was going to be more of the same.? However, I was sold enough on the title to make the purchase. What followed was a trip I hadn’t expected.

Down the Rabbit Hole

This is a deceptively simple book.? It can be read in an evening.? Rather than finding directions on the correct way to fold socks and organize my closet, “Death Cleaning” took me down an existential rabbit hole.? It wasn’t only a matter of doing family members the favour of paring down my possessions so that they would not have to take on this task once I am gone–I’m somewhat of a minimalist, so the job should be fairly easy.? Instead, it forced me to look at the items that I have held on to from the perspective of those I have left behind.? Would they know the story of a cherished mug or why I kept a moth-eaten sweater?? What is the ‘value’ of my stuff?? Does it really matter?

As I pondered these questions, I was reminded of a scene from Margaret Laurence’s The Stone Angel.? Late in life, the main character, Hagar Shipley had her first manicure.? She was so astounded by the positive feelings she experienced during the treatment that, once her nails had grown, she kept the nail clippings in a match box as a reminder of being cared for.? After Hagar’s death, when her children find the box, they can’t understand why their mother would keep such a thing, and put it down to dementia.? Hmmm….

Not Everything Is the Same 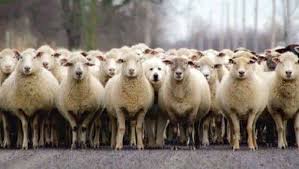 Imagine that you are looking at your things through the perspective of your loved ones, after your death.? Some things we leave behind will spark feelings of humour (I can’t believe that Mom kept every card I ever sent!), confusion (a box of nail clippings?? Really?) or neutrality (the contents in the bathroom cupboard).? Unfortunately, some possessions are emotionally charged, and it is these items that require more thought and action.

After their mother’s death, Sylvia and her older sibling Paul had the task of cleaning out the family home in preparation for sale.? Their father had died two years before.? As the siblings started working through the house, they were astounded by the amount of things that their parents had collected.? Neither parent had wanted to discard anything, and the house was a museum of their lives together and as a family.

Over time, many car loads of items were taken to charity shops. Family members and friends were invited to choose an item to remember the couple by.? A dumpster was placed in the driveway to get rid of decades of newspapers, magazines and assorted other ‘junk’. 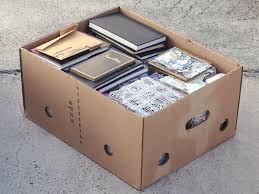 On most weekends, the siblings worked together on this project.? It was going well…until…they found…THE BOX.? Hidden in the back of a closet was a box of journals written by their father.? They covered the years from being newly married until Paul’s birth.? Sylvia and Paul were excited to discover a record of their beloved father’s thoughts and feelings and looked forward to learning more about him–in his own words.? Unfortunately, as they read, their excitement turned to hurt and confusion as they realized that their father had never wanted to have children, but did so as a concession to their mother–whom he had loved deeply.

Suddenly their relationship with their father came under the microscope.? Did he change his mind?? Did he ever love them?? Was the time he spent with them only to please his wife?Since they already had one child, was Sylvia planned?? Because both parents were dead, all these questions were left unanswered.? The siblings could be trying to come to terms with this information for the rest of their lives.

When We’re Ready the Teacher Will Come

As I continued to look at my possessions from the perspective of not being able to explain them to those I leave behind, asking myself what (if anything) I should get rid of now in order to spare them any future pain or misunderstanding; I met Jill Sadler.

Jill is the owner and principal consultant of Parosol.? She describes her company as “estate planning redefined”.? Parosol’s promotion material explains:

“We work with you to document and create a complete care, legacy, health and aging plan that you can share with the important people in your life–making sure your wishes are known and you are in control of your future.”

I wasn’t looking for Jill. Yet she came across my path as I was asking myself difficult questions about how to make decisions easier for my family if I was no longer able to provide direction or explanations.? As I learned more about Jill and her company, I realized that she would be a valuable resource as I move along this path.

Your Mission, If You Choose to Accept It

While the story of Paul and Sylvia is fiction, unfortunately their experience isn’t uncommon.? I have worked with many clients who struggle with information learned after the death of a family member or with having to make decisions without knowing a loved one’s wishes.? And, as I learned from Jill, we don’t have to be dead to be unable to communicate what we want–an incapacitating illness will do it!

I encourage you, no matter your age or life situation, please take some time to look at your ‘personal’ belongings from the perspective of those you leave behind.? It may be a bigger bequest than anything you leave in your will.

And now…for those of you too young to recognize the last heading…some vintage Mission Impossible (before Tom Cruise)!? Enjoy!