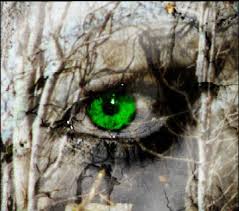 “The jealous are troublesome to others, but a torment to themselves.”?
William Penn

Jealousy. ?Unlike joy, compassion and love; jealousy isn’t one of what we think of as the positive emotions. ?In fact, it seems to carry such a stigma that we don’t even like to admit when we feel it. ?However, if we can get past labeling emotions as ‘good’ or ‘bad’,?and instead experience them as they are, what can be learned from jealousy?

I’ll be the first to admit that I’ve felt jealous. ?M green-eyed monster puts in an appearance when my partner mentions a particular female co-worker on a daily basis. ?Sometimes all it takes for my ?monster to stir is for one of my children to say that Billy’s mom makes the best Halloween costumes ever–after I’ve spent weeks struggling to make a passable cow outfit.

I suspect that we all know the feeling. ?The flash of heat, the wrench in our stomach as we see ourselves as not measuring up to the object of another’s praise or desire. ?But what is jealousy?

Sara Eckel, in her article “Listening to Jealousy” published in the November/December 2016 issue of Psychology Today, defines jealousy as “the emotional reaction to a threat to one’s relationship from a real or imagined romantic rival”. ?Eckel goes on to write that “To be romantically jealous is to recognize that your partner might feel attraction to someone else, that he or she might act on that feeling, and that you might be powerless to stop it.”

However, jealously doesn’t only occur in romantic relationships (such as my feelings towards the costume-making parent). ?We can feel jealous during our friendships with others (Anne met Julie for lunch and didn’t include me). ?Jealously between siblings for parental affection is also very common and can wreck havoc in family relationships. ?A common experience of jealousy can occur when a new baby enters the family–as both siblings and a parent can feel jealous of the extra attention that a newborn requires.

For couples practicing ethical non-monogamy, jealousy can become especially complicated due to the number of relationships and combinations involved.

The Difference Between Jealousy and Envy?

The easiest way to think about the difference between jealousy and envy is that jealousy is about people and envy is about things. ?We can be envious of our friend’s new car (I want the car that he has.) and jealous when this friend flirts with our partner. ?Jealousy almost always involves a third party.

What Does Jealousy Teach Us? ?Is It?Useful?

Once we get over the shame and denial of feeling jealous, what can jealousy teach us?

Like anger, jealousy calls us to pay attention. ?It’s a wake-up call in our relationships as we realize that our partners, friends, family members?can be attractive to others. Perhaps we’ve been taking them for granted. ?When people have been in our lives for a long time, relationships can become stale or less of a priority as we cope with family, work and other challenges. ?Jealousy is a reminder that we value those people in our lives and perhaps something in the relationship needs attention.

From a relationship perspective, evolutionary psychologists see the purpose of jealousy as a way to help ward of mate-poaching, and preserve social bonds. ?Nothing says?”this is my person” as putting an arm around a spouse at a party!

When Does Jealousy Become a Problem?

The forms of jealousy that I’m writing about in this post, are those in the normal range of behaviour. ?As noted in the Psychology Today article,

“In its most extreme form, jealousy can be exceedingly damaging–it’s the leading driver of homicide of romantic partners, particularly of wives, girlfriends and exes. ?It can also compel people to attempt to control their partners in unhealthy ways–incessantly monitoring their whereabouts, cutting them off from friends and family, or trying to undermine their self-esteem and convince them that no one else would have them.”

?If you see yourself or your partner in these behaviours–seek help immediately by contacting the police, shelters specializing in abuse (if you are feeling unsafe) and a therapist to help you to deal with the situation–either as the person experiencing jealousy or as the target.

What To Do If You’re Feeling Jealous?

Jealousy itself isn’t the problem, it’s what we do with the feelings that are aroused. Jealousy can launch a cycle of negative behaviours such as accusation, paranoia, revenge and controlling that will damage a relationship.

What can we do instead?

Jealousy doesn’t have to be a torment when you can see it as a teacher.