I wasn’t very gifted when it came to high school geometry.? The logic evaded me, and I couldn’t see the point of learning how to prove that right-angled triangles were “right-angled”. However, if my Grade 10 math teacher had told me that triangles were linked to relationships, I would have been very interested!

In a recent post, I explained that if you are in a family you are part of a “mobile” or family system. In this post, we’ll look at a specific relationship habit that can have a negative affect on the quality of family life.

Jane, Sue and Rob are middle-aged siblings. Their parents (Marjorie and Ed) recently sold the family home and are in the process of downsizing their possessions before moving into an apartment.? The siblings agreed that the home needed to be sold as both parents were starting to suffer from age-related ailments and having trouble maintaining the property.? Because they all lived in different towns from their original home, they were unable to help their Mom and Dad as much as they would have liked.

In the beginning all was going according to plan.? The house sold quickly, and a suitable apartment was found. However, things started to change once Marjorie and Ed started to pass on family heirlooms. 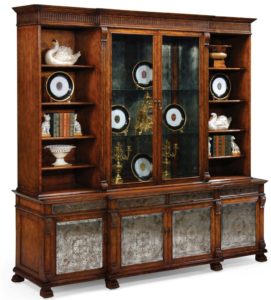 One day, when Sue was visiting her mom, Marjorie mentioned that she was struggling to find a place for her china cabinet. While she loved the piece, it wouldn’t fit in the new apartment.? Sue, who had always loved the cabinet, offered to move it into her home as she had the space. Marjorie was relieved as her problem was solved; and she would be able to see her cherished cabinet when visiting Sue.

Later that week, Rob called his parents to check in.? Marjorie shared that Sue had offered to take the china cabinet.? Rob was speechless!? His daughter, Rebecca, had always loved the cabinet, and he had expected that his parents would have offered it to her. Rob wasn’t angry at his mom as he understood that her memory wasn’t what it had been; however, he was furious with Sue as she had always known how much Rebecca wanted the cabinet.

Rob seethed all the way home and called Jane to let her know what Sue had done. As he ranted, Jane started to remember past grievances that she had with Sue. Then the conversation really took off! By the end of the call an hour later, both siblings felt better and had decided that Sue had behaved badly.

A few weeks later, the siblings met at their parents’ home as arranged to help with packing. Sue was confused and hurt by the distance she experienced from her brother and sister.? She had no idea what had caused the chilly reception. As the day progressed, she started to remember times in the past when her siblings had sided together against her. She thought about how often she had felt excluded. The day was uncomfortable for everyone–including Marjorie and Ed, who had no idea about what was going on.

The next day, Sue called Marjorie to complain about Jane and Rob’s behaviour.

The relationships we share with family members can be stressful. Sometimes they become intense, and as we cope with a current difficulty, past challenges come back to haunt us.? Uncomfortable emotions such as anger, sadness and frustration can arise, and we want to lessen our discomfort. Triangulation occurs when we pull in a third party to help decrease the heightened, negative emotions we are experiencing with the first person.

Triangulation is a habit…a way to make ourselves feel better. In our story, Rob triangulated Jane into the situation with Sue. He was able to let off some steam and continue with his day. Sue pulled in her mom as a way to cope with her negative feelings regarding her interaction with Jane and Rob the day before.

The Trouble with Triangulation

Often, we don’t see that there is a problem with this way of coping. We vent to a third party and then feel better. Unfortunately, it’s not that simple. We may be able to move on in the moment, but the original issues don’t get resolved.

When creating triangles becomes a family? habit, relationship problems are pushed underground where they fester–only to be brought up the next time the triangle is set up. Past issues between Jane and Sue were unearthed and discussed when Rob reported on his current dissatisfaction with Sue.

Because of triangulation, past hurts are more difficult to heal.

A Particularly Harmful Type of Triangle

The above story deals with triangulation between adult siblings and a parent–leading to ongoing painful relationships. However, when triangles are created between a parent and non-adult child the repercussions are much worse. 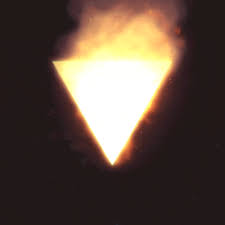 When couples are having relationship difficulties, it is often tempting for one (or both) members of the couple to triangulate in a child/young adult as a way to decrease their feelings of tension.? This can range from complaining to a child about a partner’s bad habit to a full-on disclosure about what is causing a relationship breakdown.? Sometimes parents will speak to each other ‘through the child’ to avoid having to talk face-to-face.

Ideally, in a family system, the parents are the “head” of the household.? For healthy maturation children need to know that the adults in the system are stable as they provide a “united front”. By triangulating a child into adult concerns, we are robbing them of that stability. We may end up pitting the child against a particular parent, damaging that relationship. A child/young adult’s self esteem can be damaged as they learn that “half of their gene pool” is not acceptable.

If you feel the need to complain about your partner to your child, please stop! If you cannot speak to your partner directly, find someone else you can speak to until the situation improves.

Triangulation is a habit.? Like any habit, with work and awareness, we can choose to do something different.? But how?

A Word of Warning!

Triangulation can be a difficult habit to break. We use it because we may experience some immediate relief. Not triangulating is hard. Taking the first step to speak to another about what is bothering us takes courage and we can’t predict? how they will respond.

When we change our pattern and refuse to take part in a triangle, the person inviting us in may become angry.? It’s important that we hang in there and gently explain that we don’t want to continue in this behaviour.? Again, this takes courage and consistency.? It may take awhile, but you will see positive results.

Once you become aware of the triangulation dynamic, you may begin to see if everywhere–at work or in friendships.? Where there are two people interacting, there is the potential for triangulation.

Being swept up in a triangle can be exhausting.? We can choose to do something else!

An now, where was Homer Simpson when I was in high school?? Enjoy!