Who doesn’t love wild fairy tales? These stories have been a mainstay of many a child’s bedtime routine–introducing us to mythic characters while teaching life lessons from the safety of our pillows. Think of the grandfather/grandson from the Princess Bride!

Once upon a time, a human was born into a ‘good’ family. The parents had looked forward to the birth of their child and they planned to do all they could to raise her to the best of their abilities. Their child would be protected from harm, sheltered from sadness, and provided with everything she needed. 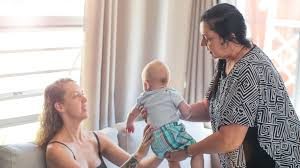 The small human thrived in this stable environment, and as children do, started to become curious about the world outside of his family unit. When he was three years old, he wanted to climb the slide at the park. “Oh no! You may fall and be hurt.”, said one parent. So, the child reluctantly left the slide and sat on the bench beside his parent.

Once this small human started school, she wanted to walk down the street to visit her friend. “Oh no! You may not make it there safely; besides, how will I know that you arrived?”, said the other parent. So the child was accompanied to her friend’s house by her parent, with strict instructions not to walk home on her own.

As the child grew, he continued to be cosseted and protected by his parents. While he loved them, he was feeling trapped. He knew that there was a bigger world beyond his 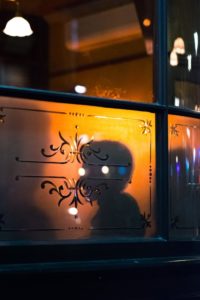 parents’ and he wanted to explore. Unfortunately, he was unable to fight against the cocoon woven by his family. Every time he struggled, his family was there to provide solutions–money, things, contacts…

Eventually, not trusting in his own abilities, he stopped struggling and stayed in his safe world, taken care of for the rest of his days.

This story attributed to Henry Miller, the writer, about a little boy in India who went up to a guru who was sitting and looking at something in his hand. The little boy went up and looked at it. He didn’t quite understand what it was, so he asked the guru, “What is that?” 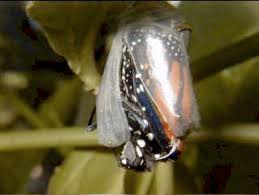 “Could I have it?” asked the little boy.

“Yes,” said the guru, “but you must promise me that when the cocoon splits and the butterfly starts to come out and is beating its wings to get out of the cocoon, you won’t help it. It is important not to help the butterfly by breaking the cocoon apart. It must do it on its own.”

The little boy promised, took the cocoon, and went home with it. He then sat and watched it. He saw it begin to vibrate and move and quiver, and finally, the cocoon split in half. Inside was a beautiful damp butterfly, frantically beating its wings against the cocoon, trying to get out and not seeming to be able to do it. The little boy desperately wanted to help. Finally, he gave in and pushed the two halves of the cocoon apart. The butterfly sprang out, but as soon as it got out, it fell to the ground and was dead. The little boy picked up the dead butterfly and in tears went back to the guru and showed it to him.

“Little boy,” said the guru, “You pushed open the cocoon, didn’t you?”

The guru spoke to him gravely, “You don’t understand. You didn’t understand what you were doing. When the butterfly comes out of the cocoon, the only way he can strengthen its wings is by beating them against the cocoon. It beats against the cocoon so its muscles will grow strong. When you helped it, you prevented it from developing the muscles it would need to survive.”

Each of these tales is a cautionary tale about what happens when life is made too easy for us, and we don’t have the opportunity to gain strength and wisdom by learning lessons through adversity. Neither the parents or the boy were bad people, only overprotective of what/who they loved. All were unaware that there are lessons to be learned at each stage of development. 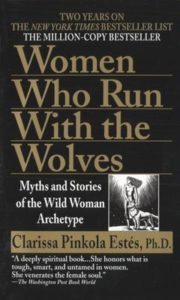 Recently, I was given the book Women Who Run With the Wolves:? Myths and Stories of the Wild Woman Archetype by Clarissa Pinkola Estes, PhD. I had read (and lost) this book years ago, and was thrilled to have it come back into my life. It’s one of those classics that shares new wisdom at each reading and at each life stage.

In her book, Estes analyses myths, fairy tales, folk tales and stories from different cultures to uncover the Wild Woman archetype of the feminine psyche. (Note: The author is talking about an archetype as defined by Jungian psychology, which applies to all genders.)

What does it mean to be “wild”? The author equates being wild with moving from society’s strict rules of conduct–i.e. being “nice” to be able to live authentically from a place of wisdom. Wild isn’t always nice.

How Do We Get There?

The main premise of the book is that there are a set of skills that must be learned in order to become “wild”. Being “wild” takes courage, as well as the ability to have patience when sitting with discomfort.

Each chapter/story of the book outlines a particular skill that must be mastered in order to progress throughout life. These skills include:

Why is Wild Important? 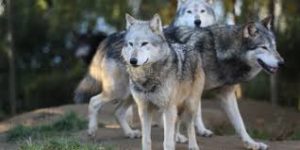 Besides being a Jungian analyst and cantadora (storyteller), Estes also studies wolves. She marries her vision of a wild human with the idea of a wolf–able to take care of itself, form strong relationships with others, ability to discern what is healthy for itself and the pack…basically, an innate level of confidence in its abilities to thrive–even when things get tough.

Being in touch with the “wild” part of our nature stops us from being used by others because we are able to smell out when something isn’t quite right. When “wild”, we don’t put up with things that are harmful to us in order not to make waves. “Wild” humans care about others and can be fiercely loyal to their “tribe”, while at the same time knowing when it’s time to let go of people, places, things or ideas. I think of “wild” humans as being sure-footed.

As illustrated by the stories above, when we don’t develop this side of ourselves, we don’t live our fullest lives. In a worst-case scenario, we can become prey for others because we don’t have fully developed senses to route out the danger.

So here’s to being “Wild”! Not in a “you better have bail money” kind of way, but by being able to confidently stand on our own two feet and smell which way the wind is blowing kind of way.

And now…thinking of the Princess Bride…here’s one of my favourite scenes. Enjoy!