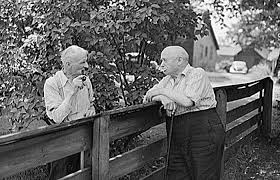 For anyone who has had to deal with a troublesome nearby resident, they can understand the truth in the old saying “Good fences make good neighbours.”

Just as a fence is a physical boundary that allows for privacy and controlled interactions, emotional boundaries do the same.? In this post, we explore the wonder that is boundaries.

Simply stated, a boundary is a bottom line position, coming from an awareness of what we need and feel entitled to.? It takes into account the limits of our tolerance.? They are derived from our values and gut-level responses that define what we can accept in our relationships.

When we let others know what we will accept by setting limits, we are using boundaries.

Melanie Beattie, in her book The New Codependency, explains that boundaries are not: 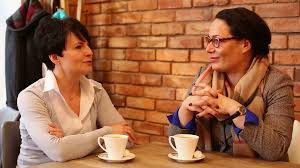 Julie loved getting together with her friend Susan. The two women had met a few months previously when Susan moved into the neighbourhood. They had liked each other on sight, and would meet weekly at a nearby cafe to catch up on their lives, share stories and discuss current events.? However, after a few weeks things began to turn sour.? While Julie enjoyed their coffee dates, she started to feel annoyed by Susan’s frequent late arrivals.

At the beginning, Julie would dismiss her frustration as over-reacting.? It was only 10 minutes, and once Susan arrived the conversation would take over and all would be well.? In order to continue to enjoy her time with Susan, Julie started to make excuses for her friend–‘her life was busy’–‘she was unbound by rules, which was one of the things that made Susan so much fun’–‘she’s a free spirit’.? Eventually, these rationalizations stopped working, and Julie started to feel angry.

Julie had been brought up in a family where the consideration of others was a core value.? It was important to take other’s feelings into account when making decisions.? Behaviours such as punctuality were a sign of respect.? As Julie pondered these ideas and how they may be affecting her reactions towards Susan, she wondered what do to about this new relationship.? Should she stop meeting Susan for coffee?? What if she just put up with the status quo?? Maybe she should say something?

Why do we need boundaries?

We put boundaries in place for ourselves, not others.? For some people–especially those who identify as care givers–this idea is hard to wrap our brain around.? When I suggest the idea of setting a limit to clients, I’m often met with the response that to do so would be selfish.? However, boundaries are not selfish–they are a form of self-care.? Not only are they not selfish, but, when used well, can ease interpersonal interactions.

Sometimes we need to let our friends, family, coworkers, etc. know how we want to be treated.? Being able to clearly voice our boundaries is a way to do this.

Why we don’t have them?

In some families, boundaries are rare.? Being able to create and maintain boundaries is a skill, and if we grew up with adults who are unable to set limits, then we may repeat this family trait.? As children/young adults if we were able to start to put boundaries in place, and they were ignored by family members, then we often stop setting limits.? We learned that not having boundaries ‘normal’.? In order to learn about boundaries we need role models.

Other reasons why we may not have developed the ability to set limits:

How to develop boundaries.

If we haven’t been able to develop the ability to create and set boundaries when growing up in our family of origin, all is not lost.? Like most skills, it is never too late to learn.? However, just as it’s harder to learn to ride a bike at the age of 30 than at age 5, learning to set limits in adulthood requires work and patience! 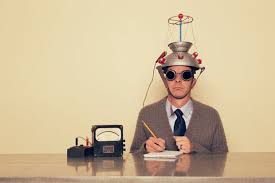 The first step is self-awareness–becoming in tune with our values and beliefs.? What is important to us?? How do we want to be treated?? What is acceptable?? No acceptable?

One way to finding the answers to these questions is anger.? Anger is a wonderful teacher as it shows us when our values and beliefs have been walked over.? In our story, Julie became aware of her bottom line about Susan being late because her value of punctuality and belief around respect were crossed.

Once we know what are boundaries are, it’s time to put them into words.? We’re defining a ‘bottom line’.? A standard way to do this is using the structure of “When you do this, I will do this”.? When creating a boundary it’s important that it be clear and enforceable.

After much thought, Julie decided that she valued her relationship with Susan enough that she didn’t want to end it before making an attempt to clear up this issue.? However, she was prepared to stop meeting with Susan if the tardy behaviour continued.

The next time the women met, Susan was late, and the following conversation occurred.

Julie:? “Susan, I really enjoy our coffee dates and getting caught up.”
Susan:? “Me too!”.
Julie:? “While they’re fun, I’m getting frustrated about your late arrivals.”
Susan:? “It’s usually only 10 minutes–15 tops.”
Julie:? ?”Ten to 15 minutes doesn’t seem to be a big deal, but in my family punctuality was important.? Being on time meant that you respected the person you’re meeting.”? So, in the future, I’m going to wait for five minutes.? If you’re late , then I’m going to continue on with my day.”
Susan:? “Hmmm…”

What happens when we set limits?

While we can control our boundaries and how we set them, we can’t control how they will be received.? Sometimes, other people hear what we are saying and accept our limit…all is well.? However, often things don’t run so smoothly.

If stating our bottom line is a new behaviour for us–especially in a long standing relationship–the other person could become angry, disbelieving or dismissive.? They may make attempts to make us feel guilty.

One common response is push back behaviour.? ?Push back behaviour is an attempt by others to test our limits to see if we are serious.? Are we going to enforce or follow through with what we said?? In some cases, the behaviour can become extreme as the other person hopes that the boundary setter will become so tired of the increased negative behaviour that they will give in.

While once understood, in some cases, push back behaviour can become almost humourous.? For example, a partner refused to do the couple’s laundry unless the other partner put the laundry in the hamper–leading to that partner to let the laundry to pile up to become laundry ‘mountains’!

Unfortunately, push back behaviour can become nasty and even dangerous.? Emotional and physical safety is a non-negotiable boundary.? If you are feeling unsafe, support is available by calling 911, the Sexual Assault Support Centre of Waterloo Region, Anselma House, Haven House and Mary’s Place.

The next week Julie arrived at the cafe at the usual time. Susan wasn’t there.? As promised, Julie waited for five minutes and then left.? When Susan arrived 10 minutes later, she was told by the barista that her friend had come and gone.? Susan was annoyed and thought that Julie was being ‘childish’, but as she sat quietly with her coffee, she missed her friend.

The following week, Susan was only a few minutes late and apologized to Julie for her tardiness.

Julie still needs to enforce this limit as Susan doesn’t see punctuality in the same light as her friend.? In this way, Julie continues to enjoy her time with Susan without added frustration, and Susan knows what to expect if she is late.? As time evolved, the women were able to set up a system–when Susan knew in advance that she was going to be late, she contacted Julie ahead of time and they met a bit later.

And now…some great fence humour from Tim the Toolman Taylor…enjoy!