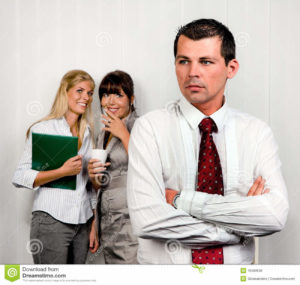 When I was in Grade 1, I was bullied. ?In hindsight, I was a prime target–small for my age but with a big vocabulary. ?I was new to the school and stuck out like a sore thumb. ?This was a long time?before the Internet so my?bullying experience took the form of ?teasing and name-calling. ?I didn’t want to go to school and suffered from stomach aches. ?My parents’ attempts to solve the problem involved telling?me not to be so sensitive and to stand up for myself. I’m not sure if my teachers were aware of what was going on, but the common belief was that ‘kids will be kids’. ?I can’t remember how the bullying ended–maybe my abusers grew bored or found another victim. ?By second grade?I had learned to blend in, and was always aware that the bullying could begin again.

While there is much research and many resources available about childhood bullying and the effects of childhood bullying later in life (higher rates of depression, anxiety and suicide), until the late 1980’s there appears to be few resources on bullying experienced by adults. ?Thankfully that has changed.

Simply defined, bullying is various types of abuse (deliberate cruelty) aimed at another individual or group of people by another person or group. ?While childhood bullying can be easy to see, adult bullies tend to operate subtly. ?They may attack when no one else is around or find ways to justify their behaviour. ?A clear sign that you may have encountered a bully is if you consistently feel ‘off’ or uncomfortable after interactions with this person.

While bullies come in all shapes, sizes, ages and genders; they can be placed in one of the following categories:

Stewart?(not his real name) worked for a mid-sized company. ?The employee demographic was mostly male between the ages of 25-40. ?Stewart?was a little older than the other men.

Stewart, married with two?children, was the sole wage-earner for his family. ?There wasn’t much extra money available for Stewart?to buy the latest gadgets?or go out for lunch with co-workers. ?He wasn’t able to afford contributions to the endless fundraising opportunities that circulated around the office, and usually had to decline buying chocolate bars, muffin dough, or other items that co-worker’s were selling on behalf of their children. ?Stewart appeared to be different from his colleagues.

Over time the other men in the office stopped asking Stewart?to join them for lunch or coffee. ?They didn’t include him in discussions about the latest technology. ?Stewart began to be isolated at work. ?Eventually, a new employee joined the company and the overt bullying started. ?Stewart was an easy target because he was already separate from the group. ?While previously, the other men may have thought Stewart?was ‘different’, but wouldn’t have voiced their thoughts to others; with the bully’s encouragement, it now became ‘acceptable’ to openly be cruel.

Stewart’s time at work became increasingly?difficult. ?A long-term employee, Stewart had always received?stellar performance reviews. ?However, once the bully arrived, his job performance began to decline. ?Stewart?started calling in sick on a regular basis. ?With?his doctor’s support, Stewart?took some time off of work on stress leave. ?Over time, and with support, Stewart?was able to talk to his supervisor about his experience and changes were made. ?Eventually, Stewart?decided to leave the company and found another job where he could start again in a new environment.

Many instances of adult bullying occur in the workplace. ?According to the writer at nobullyiny.com, these are the signs of workplace bullying.

If You?re Being Bullied…

If you?re being bullied, what can you do to stop it?? Bullies enjoy the results of their behaviour, so they often don?t have an incentive to stop.? While you can?t change how they act, you can change how you respond to them.? As bullies don’t usually choose to?pick on people who can fend for themselves or fight back, here are some ways to regain your power.

Keep Yourself Safe
Safety is the first priority.? If you feel uncomfortable with a situation, leave.? You can also ask for support from a trusted colleague so that you are not alone with the bully.? If necessary you can contact police or other emergency services.

Tell Someone You Trust
Find a safe person and tell them what has been happening.? Be open about who is doing the bullying and give clear examples of the occurrences.? Document what has been going on so that you have details if needed.

Confront the Bully
Bullies victimize those who they see as unable to defend themselves.? Either alone (if you feel safe) or with support (colleague, supervisor, police, lawyer) you can expose the bully and hold them accountable for their actions.? Having clear, documented evidence of the occurrences will be useful at this point.

Avoid Being Reactive
Bullies feed off the non-assertive reactions of their targets.? Depending on the situation, an assertive response is needed while others may be handled by you being ?unimpressed?.? Humour can often be useful…?I can?t believe you just said/did that?.

Use Effective Communication
Avoid personally interacting with the bully unless necessary.? Whenever possible, communicate with the bully either by putting things in writing (clear and concise language) or by having a third-party present.

Identify If There Are Other Victims of the Bully
Bullies often have more than one target.? If there are other people being victimized, consider a joint, formalized response. ?There is power in a group!

Being A Target Isn’t Your Fault

Being the target of a bully isn’t your fault. ?Often it’s a matter of being in the wrong place at the wrong time when the bully is looking for a victim. ?The responsibility for the negative behaviour lies with the bully.

Next week, we’ll explore bullying from the perspective of the bully. ? How and why does the behaviour start? ?Is it possible?to stop being a bully?