As many of us return from spending time with relatives, this week’s post explores the murky waters of family relationships and how family bonds keep us stuck in behaviours that may not be in our? best interest.

Now that the holidays are over, a common theme that I hear both in my office and out in the world is “The holidays were great, and let me tell you about my family!”.? Being fortunate enough to have family members to spend time with is often balanced with the dynamics that seem to haunt us like the Ghost of Christmas Past.

What Is It About Family Gatherings?? A Story…

Sylvia (age 40) is the youngest child in a large family.? Her mother (Marilyn) describes Sylvia as her mid-life gift.? After giving birth to four boys, Marilyn despaired of ever having a daughter.? She was thrilled when Sylvia was the result of a surprise pregnancy.? Sylvia’s brothers (Dan Jr., Paul, Greg and Jim) are much older than Sylvia.? Jim, the next youngest is six years older, and Dan Jr. (the oldest) is 15 years older and seemed to be more of an ‘uncle’ than ‘brother’ to Sylvia. 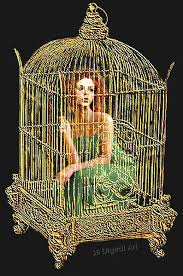 Sylvia’s childhood could be described as pampered and sheltered.? As the youngest child, and only daughter; her parents and brothers adored and protected her.? As a baby and toddler she was treated like a doll. When she became older, her life resembled that of a cherished bird living in a gilded cage.? After the death of her father (Dan) when Sylvia was 12, she became even more the focus of Marilyn’s attention and love.

As often happens with children who are constrained growing up, Sylvia longed to have a life of her own.? Her natural desire for independence and separation grew, and she chose to attend post-secondary school far away from home.? From being a young child, Sylvia had been interested in the arts and was excited to be accepted to a theatrical costume design program across the country.? While the transition was difficult (home sickness, learning the ways of the world), Sylvia thrived.? After graduation she was offered a position at a prestigious theatre company, where she has worked for the past 15 years–earning promotions as her skills and reputation increased.

Over the years Sylvia returned home for holidays and various other family events, but as these proved to be somewhat difficult they became more of a ‘duty visit’ than something she looked forward to.? Sylvia loved her family…and…

Sylvia recently visited her family to help plan Marilyn’s 85th surprise birthday celebration. As their mother’s health was starting to decline, the siblings had decided not to wait until her 90th birthday, but to have a big party at her next birthday which was two months away.

Sylvia was eager to participate in the plans, and looked forward to working with her brothers.? Unfortunately, things did turn out as Sylvia had hoped.

Welcome to the Family System

When we get together with family members we often fall into old patterns as others expect us (consciously or not) to fill specific roles.? How many times have we planned a visit with relatives, declaring that we won’t get into an argument with Aunt X or allow Sister Y to make us feel badly about ourselves, only find ourselves doing exactly that? It’s difficult to change those patterns as the strength of family systems is strong and the patterns run deep.

Sylvia was no exception.? The pattern started shortly after she arrived home.? Staying with her mother, Marilyn wanted to know where Sylvia was going, when she would be back, what she wanted for dinner and who she would be seeing.? Sylvia hadn’t experienced this level of scrutiny since her last visit home, and while she understood Marilyn’s patterns, she chafed under the over-interest.

The siblings met at a local restaurant.? Unbeknownst to Sylvia, her brothers had already been planning by email to put the basics in place.? This meeting was for final touches. Sylvia was ‘told’ rather than ‘consulted’ about how the event would unfold. When she voiced concerns about the location (not easily accessible to some of the elderly guests), she was told “Don’t worry, we’ve taken care of it. It will be fine”.? Her questions about the guest list were ignored as her brothers talked over her.? At one point, she thought that Dan Jr. was going to suggest that “she go out and play, while they took care of things”.? The more her brothers treated her as their little sister, the more she fell into that role–letting them make the decisions and dismissing her input.

On the Way Home…

Sylvia left her weekend visit feeling conflicted.? On one hand, she was glad that the plans were in place for the upcoming party; on the other, she had wanted to contribute more of her ideas and was surprised at herself for not speaking up. As a professional, she never had trouble voicing her ideas in a work environment.? Why with her family?

As the days went by, Sylvia became more and more frustrated at her inability to move beyond the age of 12 when interacting with family members, as well as their blind-spot in seeing her as a successful adult, and treating her accordingly.

How the System Works

In a previous post, I explained that being part of a family can be compared to being in a baby’s mobile.? Families are systems, with each member of the system having a specific role to play–either consciously or unconsciously.? When we get together, we often fall into our old patterns.

The System is Tricky!

Family systems are difficult to alter because they are tricky.? Why?

On the way home from her family visit, Sylvia took the first step in changing her family system–she started to question her part in the dynamics.? If she wants to take on a new role in her family, she may want to tread carefully by trying the following things:

The amazing thing about family systems, is that if one person is successfully able to change their behaviour, the system can’t help but change!

And now…as I write this we’re in the middle of a deep freeze.? So, what can be more fun than a video of cats discovering snow for the first time?? Enjoy….