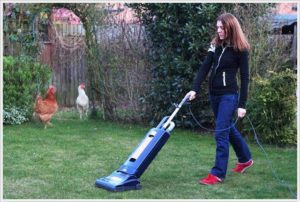 Another common question I hear from clients during therapy is “Is this normal?”. According to the Merriam-Webster dictionary, there are many definitions depending on the area of ‘normal’ you are looking at. Since we’re not talking about the areas of science or math, I’m using the definition of “conforming to a type, standard, or regular pattern” as a jumping off point for this post.

Individually, we often come up with our personal idea of normal by looking and comparing ourselves to others. That’s how we determine what is the standard or regular pattern. However, what happens when what we are experiencing is unlike that of our those around us?

Miriam-Webster also defines ‘normal’ as “occurring naturally“. From a life perspective, I think that this meaning is more helpful, and forgiving. Every person is an individual–with their own reactions, thoughts, and feelings. These occur naturally based on our experiences.

In Buddhism there is the concept that we are the sum of our experiences. We can be a mixture of the happy five year old and the despairing teenager; the ecstatic newlywed and the stressed parent; the toddler and the senior. It all fits organically into who we are at this moment. Therefore, while there can be a range of ‘normal’, I suggest that this range is very broad. The challenge comes when ‘our normal’ negatively effects our life or the lives of those around us. That’s when we may want to seek help.

The Only Constant Is Change 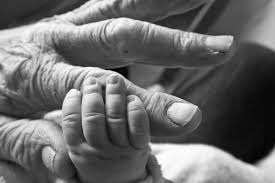 Another Buddhist concept is that everything changes–nothing stays the same. This means that we are constantly in transition. Sometimes the changes are minor–we gain or lose a few kilos, we need to change our route to work, a house plant dies. At other times, the changes are major–we lose a partner, or we get sick. Changes don’t always have to be negative. Maybe a new member joined our family or we started a new relationship, moved to a new city.

“Even inanimate material is subject to continual change:? continents, mountains, rocks, beaches, the oceans, the atmosphere, the earth itself, even stars and galaxies all change over time, all evolve, and are spoken of as being born and dying. We humans live for such a brief time, relatively speaking, that we tend to think of these things as permanent and unchanging. But they are not. Nothing is.”

“The point is that life is constant change from the word go. Our bodies change in countless ways as we grow and develop over the course of a lifetime. So do our views of the world and of ourselves. Meanwhile the external environment in which we live is also in continual flux. In fact, nothing at all is permanent and eternal, although some things appear that way since they are changing so slowly.”

So if everything is in constant change, how do we find normal?

When we think of change/transitions the concept of resilience comes to mind. Resiliency is our ability to adjust and recover. We build our resilience by practicing self-care (sleep, diet, exercise), having realistic expectations about what we can do, avoiding toxic thinking, being able to cope with ambiguity and uncertainty and developing a support system.

When we are able to cope, we are working towards a ‘new normal’.

Peggy was an 84 year old woman who had lived in her home for 60 years. When she arrived to the house as a newlywed, it was a mess. The previous owner had let the place go, and it was in much need of repair. Peggy and her husband Ron renovated the home themselves–learning the necessary skills as they went. Once their children were born, the house moved from its new pristine condition to the patina caused by a busy family. 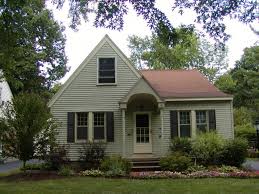 Peggy’s memories were tied to her home. She could tell you the origin of each bump on the wall or scratch on the floor. When working in the kitchen, she could “see” the face of her late husband sitting at the table. Peggy could “hear” the hurried footsteps of her children as they raced up and down the stairs. On cold days, she could feel the draft coming through the living room window–the window that had defied their attempts at weather proofing.

One night, Peggy awoke to the smell of smoke. Looking outside her bedroom, she saw that the hallway was filled with smoke. Peggy called 911 from her room and fire fighters were able to rescue her through the window. As Peggy stood outside, it was clear that the house could not be saved. The property was well insured. Peggy would be able to afford a new place, but her home and many of her belongings were gone.

Peggy moved in with her son while the insurance was being settled. Because she liked her privacy and independence, Peggy knew that living with either of her children was a short-term solution to her housing situation. After a few months, Peggy found an apartment that she liked. It was close enough to the library and her favourite grocery store that she could walk there when she wanted to. 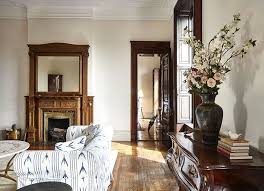 The months between the fire and actually settling into her new home were busy. Peggy was distracted from thinking in any great depth about what had happened. However, once the last of her new furniture was in place and all was quiet, the enormity of the change hit her.

How many times have each of us, after a major change, said…”When things get back to normal…”? But what if the change, like Peggy’s, is the new normal? What if we have experienced a life-changing event?

Major changes, even good ones, usually involve loss. Peggy’s loss is easy to see–her home and possessions. However, some are more difficult to determine, and may not become apparent until we are faced with post-change life.

While Peggy liked her new apartment and its proximity to places she regularly visited, she missed the walk through her old neighbourhood. She was accustomed to checking on the progress of her friends’ gardens or greeting the cat who lived on the corner. At the beginning Peggy was a little late for appointments because she forgot to factor in the time it took for her to get from her unit to the parking garage. In the kitchen, preparing meals too a bit longer as she had to hunt to find utensils that were in new places.

Everything felt difficult and feelings of grief began to emerge.

When we experience a loss, grief is a natural response. For Peggy to be able to be able to move to and embrace her new normal, it was important for her to work through the tasks of mourning. Peggy’s next steps:

Task 1:? Accept the reality of the loss. Peggy has already started this task as she spends time in her new apartment and becomes aware of how much has changed–both large and small.

Task 2:? Process the pain of grief. The key to completing this task is to give ourselves permission to feel pain. Rather than turning away, we acknowledge that we are hurting and missing what we have lost. When we pay attention to our pain, we may notice that it has isn’t as sharp as before, or doesn’t visit as often. During the first year in her new home, Peggy would often find herself caught up in a grief cycle, as she moved through the “year of firsts”. She discovered that if she sat with her tears, they would eventually subside. Peggy learned that she would feel sad leading up to a major family event or holiday. These celebrations now took place at her son’s home as she no longer had the space.

Task 3:? Adjust to a world without what was lost. As time went on, Peggy found that she thought about her house less often. The depth and frequency of her sadness started to ease, and she started to think about what a future in her new home could look like.

Task 4:? Start a new life, while keeping a connection to what was lost. One day Peggy was surprised to notice that she was looking forward to her walk to the library. She had started to pay attention to the houses on her route, and was curious to see how a recently-started renovation was going. When the next family event approached, Peggy suggested that it be changed slightly so that a new version could be held at her home. As she became more comfortable in her apartment, she started to host smaller dinner parties for friends and family. Peggy was starting to create new memories in her new home.

As Peggy became more comfortable and life felt less difficult, she was approaching her “new normal”.

‘Normal’ can fit into a broad range of thoughts, feelings and behaviours. So long as your normal isn’t negatively affecting you or others; then I suggest the wisdom of accepting what currently is. Life can be stressful enough without comparing ourselves to others and questioning ourselves when our normal is different from someone else’s.

And now, a lesson in ‘normal’ from SpongeBob SquarePants…enjoy!