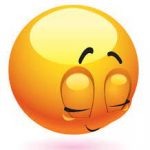 We talk about guilt a lot.  Not only is it one of the most common topics of discussion during therapy, but it’s also a buzzword in our conversations with others.  “I feel so guilty about eating that second piece of cake.”  “My guilty COVID pleasure is binge-watching Sponge Bob Square Pants.”  “My partner makes me feel guilty after I’ve watched the 100th episode of Sponge Bob.”  While we focus on guilt, we forget about shame and regret.  But what do these words actually mean? 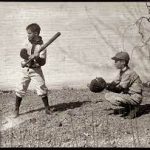 On a hot summer day in 1973, three 12-year-old boys (Dave, Mike and Steve) are playing baseball in the empty lot at the end of their street.  They’re engrossed in their game—taking turns being batter, pitcher and fielder.  Suddenly, Mike hits a perfect homer.  They watch as the ball takes off, amazed at its distance and speed as it travels out of the lot.  However, their fascination quickly ends with the crash of the ball going through the cranky “old man Smith’s” living room window.  The boys scatter to the wind,  hoping that they won’t get caught.

Thinking they are safe back in Steve’s garage, they’re unaware that the event was seen by another neighbour, who reported them to Mr. Smith.

As the story goes…parents were informed, lectures were given and punishments received.  In this case, the boys had to do a few days of yard work for Mr. Smith to make up for the cost of the broken window.

Years later the boys (now men) meet at a school reunion.  As they reminisce about their childhoods, their memories weave around to that day in the empty lot.  Interestingly, the three men had different reactions to the memory.  Dave didn’t really want to talk about that particular event, and when pressed said that he felt shame that he had run away when the window broke.  Mike, on the other hand, said that he felt guilty–especially now that he had his own home and knew how much work and expense it would be to fix that window.  Steve expressed his regret, as he thinks about those perfect summer days spent weeding Mr. Smith’s garden when he could have been riding his bike in the gravel pit.

Shame, Guilt and Regret—They’re Not the Same Thing

While we often use these words interchangeably, they don’t mean the same thing.

While the differences seem subtle, these words carry a lot of power.  They speak to our core beliefs and resulting self-esteem.

The Concept of Toxic Shame

The most dangerous of these three is the concept of shame because of how it is intrinsically linked to how we see ourselves.  Often starting in childhood, born of the negative comments of parents and others around us on our self-worth and calls into question if we are wanted or even loveable. Being unable to see ourselves as worthy of love is a key core belief related to toxic shame.

That shame can lead us to a place of fear (that our world isn’t safe for us) that can make us extremely susceptible to low self-esteem, an attitude of perfectionism, as well as anxiety and depression.

How do you cope with toxic shame? It is a process, working with a therapist to help reform your core beliefs about yourself. They will help both your adult self and your “inner child”, doing healing work and helping you rebuild and increase your sense of self-esteem.

What to Do With Guilt

Guilt, like so many of the difficult emotions (anger, fear, hate, etc), can be a tremendous teacher. Events that make us feel guilty give us valuable insight into our values and who we are as people. For Mike, for example, he realized he valued the hard work that goes into turning a house into a home and how adulthood brings about the need for proper stewardship of resources.

Even mild forms of guilt (like eating too much cake or binge-watching your favourite TV show, gives insight. It is your subconscious providing breadcrumbs to what you’d like to change about your behaviour in the future.

While we can have strong regrets about the past, I often think of regret as being somewhat ‘bitter-sweet’.  If only…

The key to looking at regret is to remember the context of the events while looking at ourselves through the eyes of compassion.  Hindsight is 20/20, and it’s easy to judge ourselves from our present position.  It’s important to take some time to think about where we were at the time–how old were we?  What was our developmental level?  What coping strategies and supports did we have access to?  Can we honestly say that we did the best we could at the time?

For both guilt and regret, there may be the option of making amends or a ‘do over’.

Just like Dorothy’s fear of lions and tigers and bears…shining a light on these emotions can help us to make positive changes, lessen their hold on us and perhaps learn something along the way.