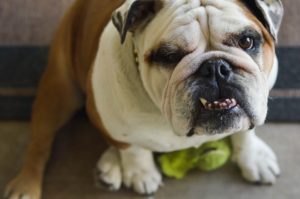 In last week’s post we looked at the affect of bullying on adults (especially in the workplace).? This week, we’re switching to the other side of the equation and looking at the?bully.

Is There a Payoff?

When we think about the inner life of a bully, there is a common perception that the bully is operating out of a place of sadness or past trauma. ?But is this?true? ?Are bullies miserable?

Not according to a?2015 study out of Simon Fraser University (cited in the National Post). When researchers surveyed a group of Vancouver high school students, they discovered that bullies were the least likely to be depressed. They also had the highest self-esteem in the survey group and the greatest social status.

The survey results were explained by the research study lead, Prof. Jennifer Wong, this way: ?”Humans tend to try to establish a rank hierarchy. ?When you’re in a very limited arena in which you can establish your rank [high school, workplace], and climbing the social ladder to be on top is one of the main ways…Bullying is a tool you can use to get there.”

These results seem to confirm the belief that our?actions and ideas provide some type of payoff or fulfill a need. ?Therefore, if a bully thinks?that their behaviour is in their best interest, he or she will need to change their belief system in order to change their way of interacting with others.

Is Bullying Only a North American and Human Phenomenon?

In a guest blog published in the on-line issue of Scientific American, Prof. H. Sherrow (Assistant Professor in the Anthropology and Sociology Dept. at Ohio University) states that bullying occurs all over the world and in other animal species. ?Citing various research studies, Sherrow concludes that there are?no countries or cultures in which bullying was not occurring. As people tend to be people, I wasn’t surprised that bullying is world-wide and cross-cultural.

What did surprise me was that?bullying takes place in other species. ?Sherrow describes observations of bullying occurring in societies of primates (chimpanzees, baboons) as well as in groups of rats and mice. ?Bullying behaviour appears to be widespread.

Being a Bully in the Internet Age

According to Professor Sherrow, bullying, both in the animal kingdom and in human society, can be?a way to maintain social order–ensuring that no one acquires too much dominance, status or power. ?However, the crisis comes when our modern language and culture are combined with bullying.

Before the Internet, bullying was confined to our social groups (school, workplace, neighbourhood) and was done by people we knew. ?Bullies knew their victims, and that relationship alone may have been enough to limit the bullying activity as well as the number of people involved. ?Now, with the opportunity for?cyber bullying, we can be bullied on a global level, by strangers. Also, with the anonymity of the Internet and the creation of “virtual” relationships rather than “in-person” interactions, normal social inhibitions are removed. ?When on-line, individuals can say whatever they want without seeing the immediate results of their actions.

Where Do Bullies Come From?

As with many things in human development, the creation of bullies is a question of nature vs. nurture. ?Are bullies born or created? ?It can be difficult to untangle the two parts of the question. ?For example, one idea?regarding the creation of bullying behaviour is that children learn these actions by observing family members. ?However, is this method of interaction also passed on genetically from their parents or grandparents?

Much of the research seems to lay the blame for the creation of bullying behaviour on parents. ?For example:

Other suggested theories as to why?bullies are created include:

Are You A Bully?

This is a difficult question, and somewhat insulting as no one likes to be perceived as a bully. ?If you’re wondering, here are ten?behavioural indications that you may be heading down that path–especially in the workplace.

If you see yourself in some of these behaviours, you can make changes. ?Awareness is the first step. ?If you can relate to the causes of bullying (for example, negative experiences when growing up) or you feel that it would be helpful to develop more pro-social communication skills; talk to a trusted person or therapist that you feel you can work with.

After self-awareness, the end of bullying behaviour starts with apologies and forgiveness; as well as having compassion for yourself.

Now for something to make you smile. ?Enjoy!